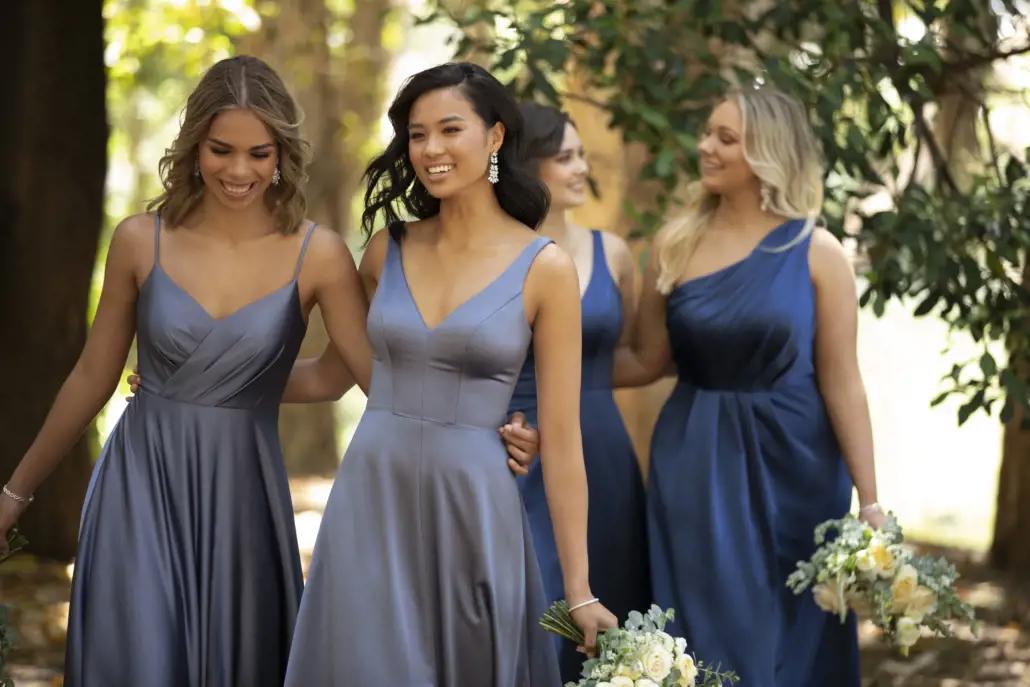 Whether your favorite part of being a bridesmaid is wearing the pretty dress, helping the bride on their wedding day, or just having a good time at the Bachelorette party, you are a large part of your bestie’s big day, whether you know it or not! Keep reading to learn about the History of Bridesmaids!

Bridesmaids were originally just maids of the bride. They were typically employees of the bride or her family and were there to cater to their every need on their wedding day. The Maid of Honor was typically the bride’s favorite maid. She would be at the bride’s beck and call leading up to the wedding.

Bridesmaids were also used as decoys for the bride. In ancient cultures, evil spirits were thought to be jealous of the bride and her happiness. In many of these cultures, the bride was presented to the groom with a dowry or riches.  This would make them targets for robbers. Whether a spirit or robber, the bridesmaids would dress like the bride to confuse the evildoer in hopes that they would steal or harm the maid, and not the bride herself. A bride’s maid of honor was often responsible for carrying the dowry. This put them at greater risk to the spirits and thieves.

If you’ve ever been in a bridal party, you most likely were involved in planning a bridal shower. Showers today are a way for the couple to set up house. However, it was previously used to raise funds for a bride’s dowry. Whether the bride’s family was too poor to create a dowry of their own, or her family didn’t approve of the marriage all-together, the bridal shower was a way to ask for money. This was more acceptable than begging for the money.

As a bridesmaid, you will most likely carry a smaller version of the bride’s bouquet down the aisle. It may surprise you to know that bouquets weren’t always floral in nature. Bridesmaids often carried bouquets of fragrant herbs and garlic to ward off evil spirits. It is possible that the herbs had a more practical use since bathing was not a daily practice in those times! When Queen Victoria married Prince Albert, it was normalized for floral bouquets to be used.

So whether you are into the real history or just into the bachelorette party, a bride couldn’t do it without her maids!

Website uses cookies to give you personalized shopping and marketing experiences. By continuing to use our site, you agree to our use of cookies. Learn more here.